The Ultimate Guide to Cebu for Travellers, written by a Filipino

Manila’s southern sister is nothing like her. Cebu is older, prettier and more relaxed. She doesn’t even speak the same language. Manila’s tongue is that of the northern Tagalog minority – the country’s official language despite having only 17 million native speakers. Cebuano, on the other hand, is spoken by 21 million and is known for its “hard tongue” (gahing dila) sound and rough charm.

Where the capital of the Philippines is congested and heavily urbanised, Cebu city is just a dot on the eponymous province, which consists of a large main island and 167 surrounding islands. To the traveller with no time constraints, adventure awaits in each and every one of them.

All flights touch down at Mactan-Cebu International Airport, located on the smaller island of Mactan across from the main metropolis. Today Mactan is home to several luxury resorts, but historically it was a kingdom ruled by King Lapu-Lapu. The ruler was crowned a local hero after slaying the famous Portuguese explorer Ferdinand Magellan when he tried to conquer the island on behalf of the Spanish throne. 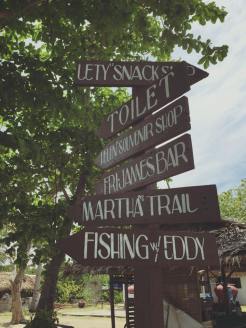 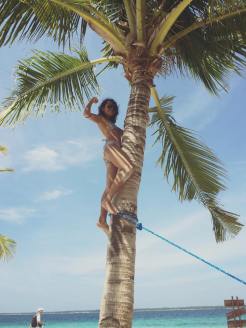 Where to stay in Mactan (Luxury)

My top pick for a 5-star Filipino experience on Mactan is the well-established Plantation Bay Resort & Spa. With its classic wood furnishings and marble fittings, the colonial-style institution features one of the world’s largest privately-owned lagoons. Its name alludes to the Spanish cash crop plantations that several haciendero families made their fortunes from.

Myriad activities are on offer within Plantation Bay’s 11.4ha complex, from jet skiing and tennis to cycling and paddle boarding. If you’ve somehow managed to exhaust the in-house facilities, neighbouring islands offer plenty of opportunities for salty excursions, whether it’s diving, snorkelling or island hopping. At the Hilutungan Marine Sanctuary – a stop in thr tour – you can snorkel among resident damsel, parrot and clown fish.

Other luxury hotels I’ve checked out (or into!): Crimson Resort (yummy healthy options, great infinity poolside, modern with a slice of beach), Shangri-La Mactan (established, amazing food, private beach), Mövenpick Resort (famous for its Ibiza Bar and Brazilian barbecues). If you do end up going to Plantation, however, you must must dine at Palermo, a shockingly good Italian restaurant we tried on our last night, wishing we had gone earlier.

If you’re looking for more R&R, head to the award-winning Mogambo Springs spa for some pampering. The place was even more luxurious than the actual resort (and unfortunately it’s reflected on the prices). Mogambo remains open until 11pm, perfect for those late-night massage cravings. I swear by the hot stone massage, which arrested an oncoming sickness complete with sore throat symptoms. Another day, returning from island hopping shivering and wet, we also made a beeline for the Japanese-style open-air hot spring pools to soothe our trembling bones.

Extreme sport enthusiasts who crave adventure beyond Mactan’s comfortable paradise will find what they’re looking for in Badian. The canyoning excursion begins in Alegria, a four-hour drive southwest of Mactan. You’ll need to don a helmet and life jacket for this guided journey through a 10km stretch of streams and waterfalls. The final destination can only be reached by jumping, swimming, climbing, floating, abseiling and even cliff diving your way through the rugged terrain. I promise that the chance to swim beneath Kawasan Falls is worth risking life and limb for, though.

Many a traveller has been dazzled by the turquoise waters of the Kanlaob river system; some claim never to have seen such clarity and intensity in their lives. Set aside five hours for the entire experience, plus the travel time to get in and out of Kawasan.

Beyond Alegria, another one of southern Cebu’s gems is the municipality of Moalboal (25km north). Divers and beach lovers alike adore this area, famous for Panagsama Beach (marine life!) and White Beach (sunbathing!).

Swimming along the majestic sardine run is the main attraction here, so make sure you sign up for the island hopping trip early. Pescador Island – a stop on the tour – has an underwater cave called the Cathedral. Finally at Turtle and Sardine Spots, make like the Jamaican crustacean from The Little Mermaid with all the creatures ‘Under the Sea’: schools of sardines, shoals of fish, multi-coloured coral reefs, turtles and squid.

Before we head up north, it would be remiss not to mention Sumilon Island, hailed one of Cebu’s best kept secrets. It’s a proper escape from civilisation, mostly under the management of Bluewater Sumilon Island Resort. The 24-hectare haven was the first marine protected area in the Philippines, named a fish sanctuary in 1974 under the guidance of the Siliman University Marine Reserve.

Northern Cebu, meanwhile, is harder to get to but potentially more rewarding. You would be leaving the bulk of mainstream tourists behind as you’re ferried off to an exotic shore of your choosing. Malapascua Island is legendary among divers for its thresher shark and manta ray encounters. Underneath Gato Island lies a 35m tunnel that can be explored, but it’s not for the faint-hearted – reef and whitetip sharks are known to guard the entrance.

Going to Malapascua without diving would be a shame, so if you’re interested in learning, it’s the perfect place. You can book a Professional Association of Diving Instructors (PADI) course via travel tech start-up Trip Guru, among other activities in the Cebu region such as night diving, sunset cruises and kite surfing.

Non-divers won’t be stuck twiddling their thumbs, though. Visitors can snorkel above a shipwreck near Lighthouse Beach, take a leap of faith off of Lapus Lapus cliff or lounge on the nearby Kalanggaman Island’s pristine sandbar.

Bantayan Island, also in northern Cebu, can easily be tacked onto your itinerary. While the beaches of Paradise and Sugar are renowned for their powdery sand, it was the cool, transparent waters of the Ogtong Cave Pool that really blew us away. Of cultural interest are the centuries-old churches of St Peter and St Paul, as well as the heritage houses and establishments. Rent a bicycle or motorbike to get around, and you’ll be treated to picturesque scenes off the beaten path.

Finally, we head to the busy hub of Cebu city, heart of the richest province in the Philippines. If you really want to tick the city’s main attractions off your list, then a trip to the chaotic Colon Street will give you a glimpse into the everyday bustle in jarring contrast against the surrounding beach paradise. Built in 1565 by the Spanish, it is the country’s oldest street, and many of its well-worn buildings tell a story of Spanish and American occupation. Braving the night market could result in a thrifty souvenir to take home, but keep a close eye on your valuables, lest nimbler fingers get their shopping done first.

In Mactan you will find the Lapu-Lapu Monument – tribute to the hero who slew Magellan, leader of the first Iberians to land in the Philippines in 1521. There’s also Magellan’s Cross, a symbol of Catholicism, which colonised the Philippines more consummately than any political hand.

For unobstructed views of city lights cast upon a black sky, take a mountain bike (or taxi) before dusk to Tops Lookout at Mt Busay’s peak. If hiking is more your speed, look up Osmeña Peak – the highest mountain in Cebu, situated 80km from the centre.

With all this talk of adventure, you must be getting hungry. Filipino food may not be world-renowned (yet!!), but it is sinfully comforting. Seafood is best along the coastline where it’s caught fresh, and many menus offer flaky blue marlin filets, grilled squid and charred tuna belly. Lantaw Native Restaurant is a good option for both the view and authenticity. Bring mosquito / insect repellant as the place is al fresco.

Seafood aside, Cebu is perhaps best known for lechon: pig roasted over an open fire, served with the crispy skin still attached. The best offering is in Zubuchon, but pig roasts are ubiquitous. You can even find the dish in the airport, in case you’re craving one last succulent bite before departure. Chicken inasal (barbeque with special sauce) is another favourite, as well as traditional Spanish fare by virtue of three centuries years under Madrid.

Dessert is another Filipino staple. The ultimate must-try is halo-halo with leche flan and ube (purple sweet potato) ice cream. Literally translating to “mix-mix”, halo-halo is a blend of shaved ice and evaporated milk served with sweet beans, coconut, caramel pudding and whatever the maker wants to add.

By the time you head back to the airport in Mactan, both your belly and camera will be full. Chances are you’ll have had plenty of interaction with the jolly natives of the south, who once belonged to tribes that tattooed their warriors from neck to ankle. As for you, your markings will be the contagious smile you’ve picked up from the locals in Cebu, as well as a few tan lines to show off back home.

This is the original draft of an article I wrote, published on Gafencu’s December 2017 issue as Pearl of the South

2 responses to “The Ultimate Guide to Cebu for Travellers, written by a Filipino”